In this study, we propose a shot detection method in tennis games, based on a movie. Conventional method depends on detecting the ball, but our proposed method can recognize the ball, rackets and players, achieving a higher precision. Shot detectors for other racquet sports as well as further analytics to provide features like shot classification, rally analysis and recommendations, can easily be built with our proposed solution. Moreover, by adapting to interaction between humans and objects, such as touching and tapping, our method can also be applied to a user interface device. 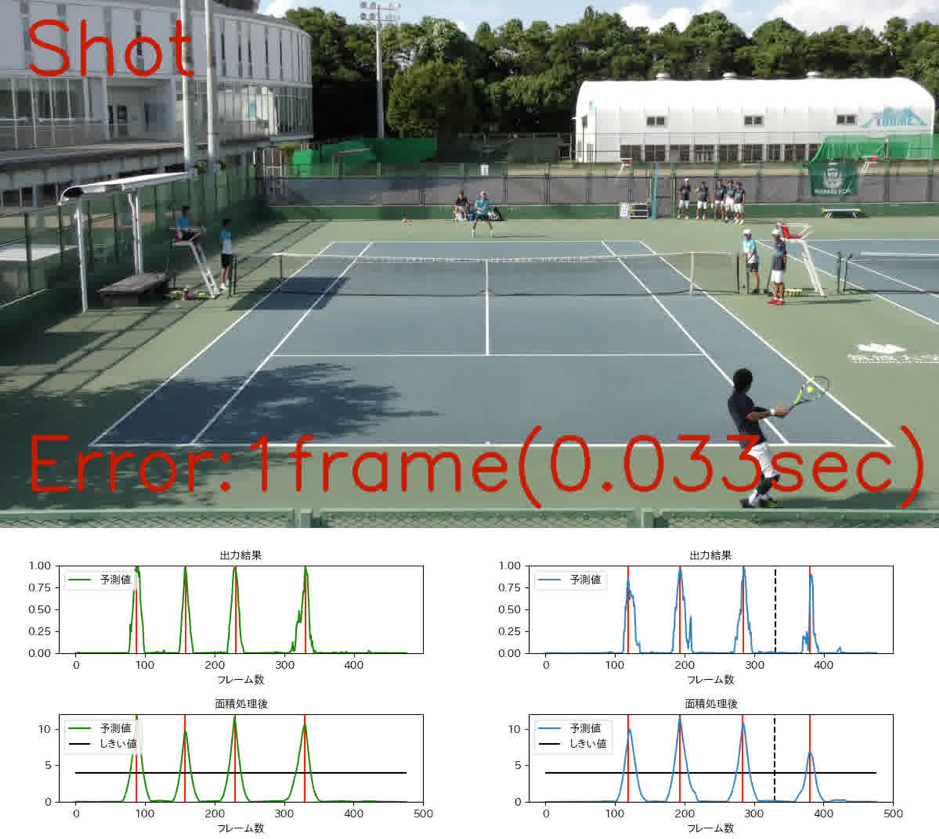 In this study, we developed technology to accurately map the trajectory of movement of the ball/players from a single camera image on a 2D field using hybrid image analysis that carries out ball detection/tracking by feature quantity design method and selection detection/tracking by deep learning method. In addition, automatic play was classified by deep learning, and the automation of the tagging work of the main players, which was conventionally done manually, was studied. This technology is applicable not only to rugby but also to various other sports, and it is expected to be adopted in applications other than sports, such as industrial fields.

Shielding of players by other players is particularly common and there are many patterns of player motion during American football and other team sports. Play time is judged using a Global Motion Feature, such as player position and motion information for the entire field from videos of American football. Furthermore, after calculating the positions of two distinctive features i.e. the play start and end position, and carrying out the classifications of pass, run, and kick, which are American football play patterns, we realize a method of estimating the ball trajectory, which has important information for game analysis without detecting the ball itself. This enables the acquisition of play time / play classification / ball trajectory information, and the automatic creation of a game analysis database.

We propose an athlete tracking and stroke estimation method for videos of swimming events, which is robust to splashing and other noise and does not depend on the shooting environment. Athletes are detected from the video and tracked. The feature value of the athlete image is acquired by inputting the detected athlete images into a CNN. Furthermore, the stroke is estimated by creating a temporal sequence from the obtained feature value and inputting it into MultiLSTM. Based on the finally obtained athlete position and stroke information, we visualize the speed and stroke of the athlete, and aim to amplify the sense of live broadcast by superimposing it on the video.